US Accuses Russian Intel Unit for Cyberattack on 2018 PyeongChang Olympics 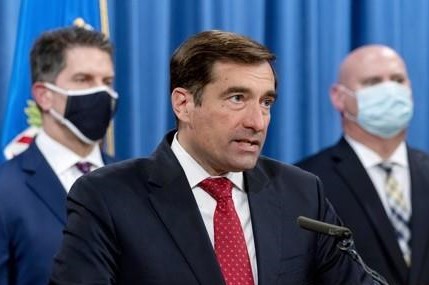 [Sound bite: US Justice Department briefing (Oct. 19, 2020)
"Next, the conspirators turned their sights on the Winter Olympics... "

The hacking during the opening ceremony of the PyeongChang Winter Olympics on February 9, 2018, disrupted several broadcasts of the event.

Damaging thousands of computers, the cyberattack knocked out the IPTV system at the main press center and paralyzed the server-based operations of the Pyeongchang organizing committee for 12 hours.

U.S. federal prosecutors on Monday accused Unit 74455 of the Russian Main Intelligence Directorate, or GRU, of carrying out the malware attack.

[Sound bite: U.S. Assistant Attorney General John Demers (chief, Nat'l Security Div. US Justice Department]
"The conspirators, feeling the embarrassment of international penalties related to Russia’s state-sponsored doping program, that is, cheating, took it upon themselves to undermine the games. Their cyberattack combined the emotional maturity of a petulant child with the resources of a nation state. They conducted spear-phishing campaigns against South Korea, the host of the 2018 PyeongChang Winter Olympic Games, as well as the International Olympic Committee, Olympic partners, and athletes."

The alleged hackers are also accused of the destructive malware attacks on the electric power grid in Ukraine in 2015 and 2016, as well as the hack-and-leak operation aimed at disrupting the 2017 French elections.​

The U.S. Justice Department said that the Russian intelligence officers were planning a similar attack against the Tokyo Olympics before it was postponed due to the coronavirus pandemic.

Law enforcement experts said the six perpetrators are in Russia and they are not expected to face charges brought against them by the U.S.
Kim Bum-soo, KBS World Radio News.
Share
Print
List