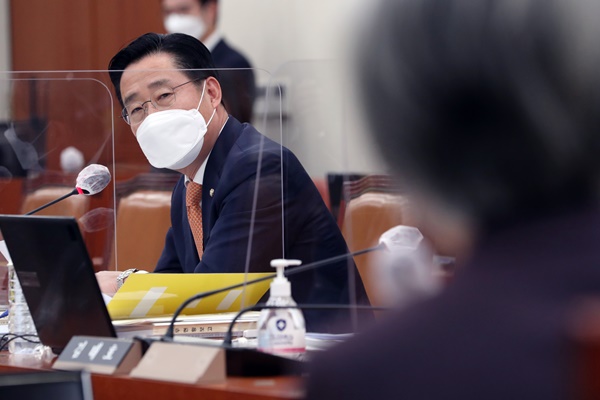 South Korea's ruling and opposition parties both criticized the Foreign Ministry's response to Japan's reported plan to release radioactive water from the Fukushima nuclear power plant into the ocean.

In a parliamentary audit on Monday, ruling Democratic Party(DP) lawmaker Lee Jae-jung unveiled an internal document from the ministry which stressed that the handling of the contaminated water is Japan's sovereign issue.

Lee raised concern about whether the ministry was trying to view the issue as a domestic affair, and urged a more aggressive response as Tokyo is currently promoting its stance to the International Atomic Energy Agency(IAEA), while Seoul is not.

Main opposition People Power Party(PPP) Rep. Kim Gi-hyeon also noted that Japan has submitted its final report on research results to the IAEA while the Seoul government is only continuing internal discussions.

He said countries have the obligation to prevent maritime pollution and that legal action must be taken against Japan.
Share
Print
List