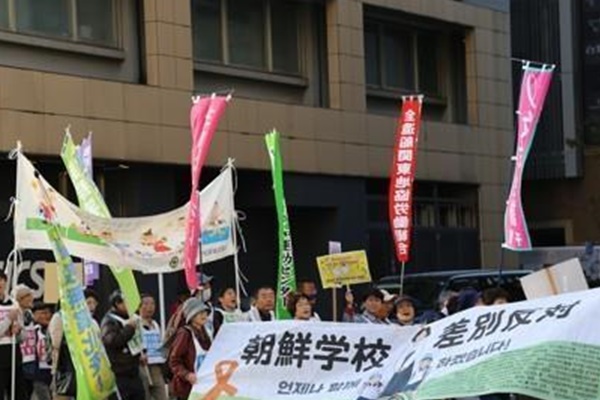 A South Korean civic group has denounced the Japanese government for discriminating against ethnic Korean schools in its free-tuition programs.

Members of the civic group held a press conference near the Consulate-General of Japan in Busan on Friday after the Fukuoka High Court ruled in favor of the Japanese education policy, joining four other appellate courts in the country that handed out unfavorable verdicts on the plaintiffs consisting of graduates of "joseon" schools.

The civic group criticized the Japanese government for depriving Korean students of educational opportunities that should be applied universally, suspecting the policy as an extension of shirking responsibility for Japan's wrongdoings against its former colonial subjects.

A Korean-Japanese who attended the press conference also pointed to the exclusion of Korean kindergartens from childcare subsidy programs in Japan and called on the Japanese government to change its perception and attitudes toward ethnic Koreans.
Share
Print
List