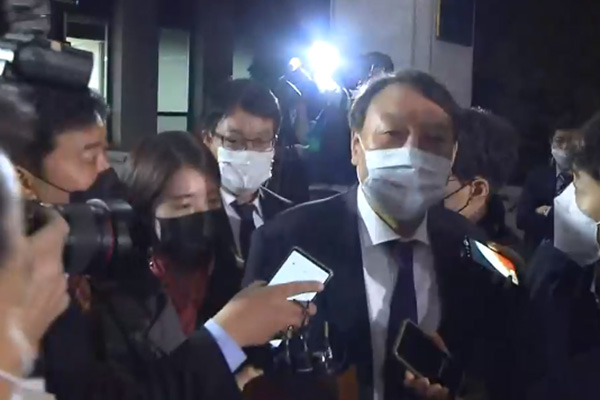 The Justice Ministry is set to hold a second disciplinary meeting on Prosecutor General Yoon Seok-youl in his absence.

One of Yoon's lawyers told reporters on Tuesday that the top prosecutor will not attend the meeting set for 10:30 a.m.

Yoon's lawyers will be present instead, as in the first session last week.

Before the first meeting, Yoon reportedly said he had no reason to attend when the disciplinary panel had already reached its conclusion.

The second meeting will question witnesses and listen to Yoon's defense team, before the committee members hold discussions and decide the level of disciplinary action against Yoon.
Share
Print
List