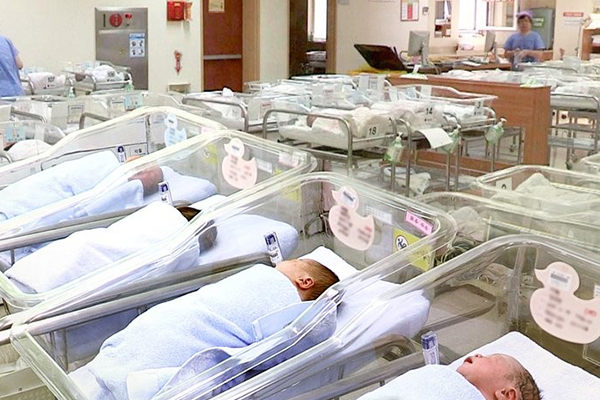 Report: In an attempt to cope with the country’s chronic low birth rate and future population decline, the South Korean government has introduced expanded perks for families and subsidies for children.

The measures called the fourth basic policy plan on low fertility and aging society unveiled on Tuesday include providing a monthly bonus of 300-thousand won to families with children under 12 months starting in 2022 ,with the allowance being gradually expanded to 500-thousand won by 2025.

The payments are separate from the government's existing monthly allowance of 100-thousand won for each child under the age of seven.

Couples expecting a baby will be given a two-million-won cash bonus starting in 2022, and the current 600-thousand-won state medical expense support for pregnant women will be increased to one million won.

Other measures include cash incentives for those going on parental leave and increased benefits for families with multiple kids.

The measures are in line with a broader plan to spend 196 trillion won by 2025 to combat the low birth rate.

Finance Minister Hong Nam-ki made the fiscal pledge on Tuesday while introducing the government's new birth promotion plan on his social media account.

Hong said the country's productive age population is expected to decrease by 230-thousand from last year to 37-point-36 million this year, before shedding an additional 230-thousand next year.

The minister emphasized that the measures were drawn up with the aim to curb the population decline.

The country's total fertility rate, which refers to the average number of children a woman bears in her lifetime, hit an all-time low of zero-point-92 in 2019, down from zero-point-98 a year earlier.