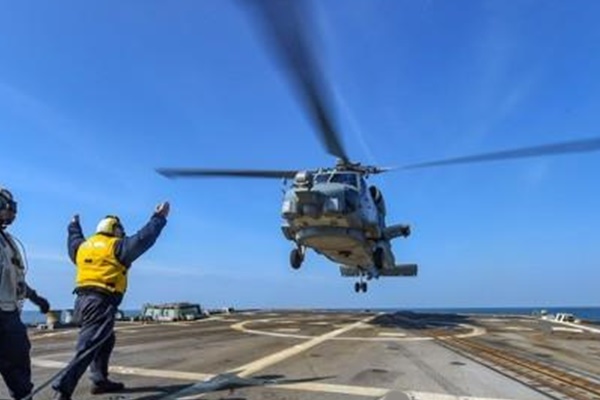 South Korea has chosen Seahawk helicopters manufactured by a Lockheed Martin affiliate as its next-generation main aircraft for naval operations.

The Defense Acquisition Program Administration(DAPA) held a meeting presided over by Defense Minister Suh Wook on Tuesday and approved a plan to introduce 12 Sikorsky MH-60R units by 2025 at the cost of 960 billion won. The arms procurement agency plans to sign a deal with the U.S. firm within this year.

Dubbed as among the world’s most advanced maritime helicopters, the MH-60R is 19-point-seven meters long and five-point-one meters high and has a maximum speed of 150 knots, or 278 kilometers per hour.

Meanwhile, DAPA decided to suspend the project of enhancing the Army’s CH-47 helicopters after taking timing, functionality and cost into account. The agency added it will swiftly push for a follow-up project to mitigate the suspension’s impact on military capabilities.
Share
Print
List