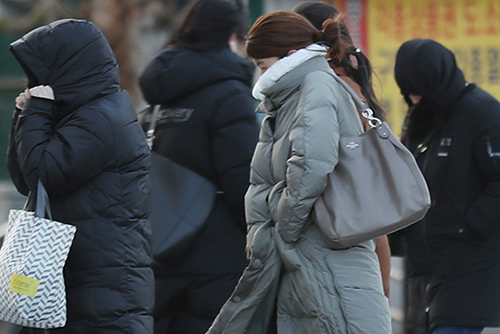 Health authorities in South Korea urged the public to take caution against cold-related illnesses as the cold snap that blew into the nation last weekend is expected to continue.

The Korea Disease Control and Prevention Agency(KDCA) said on Wednesday that 52 patients so far have been treated for such conditions, including hypothermia and frostbite, according to some 500 emergency rooms surveyed.

That is a 24-point-three-percent drop from 70 cases during the same period last year.

However, the nation recorded the year's first death suspected from hypothermia on Tuesday. A woman in her 50s in North Gyeongsang Province died after being found unconscious outside her home.