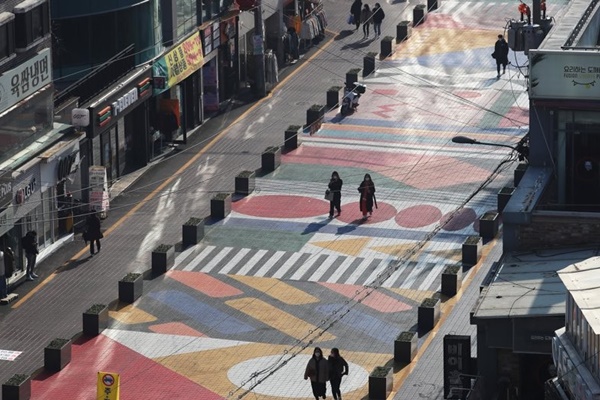 South Korea will begin to dole out nine-point-three trillion won in emergency cash payouts on Monday to help those hit hardest by the third wave of COVID-19.

According to the Ministry of Economy and Finance on Sunday, the government will send text messages to small business owners eligible for a total of four-point-one trillion won in cash subsidies on Monday, telling them that they have been chosen for the third round of the cash handout program.

About two-point-five million small business owners and self-employed people hit by the resurgence of the epidemic can receive the cash as early as Monday afternoon if they file an application online upon receiving the text.

Small businesses that were required to temporarily close after November 24 under the government's quarantine rules will be eligible to receive up to three million won.

Businesses that posted less than 400 million won in revenue last year and saw sales drop from the previous year are eligible to receive one million won.

The government plans to complete the distribution by the end of the month.

Also from Monday, 700-thousand freelancers and special contract laborers who saw a decrease in income amid the protracted pandemic will begin receiving relief payments of 500-thousand won each.

Last week, the Finance Ministry said it will make 90 percent of its third round of COVID-19 relief payments, which also include subsidies for job maintenance, before the Lunar New Year holiday in the second week of February.
Share
Print
List