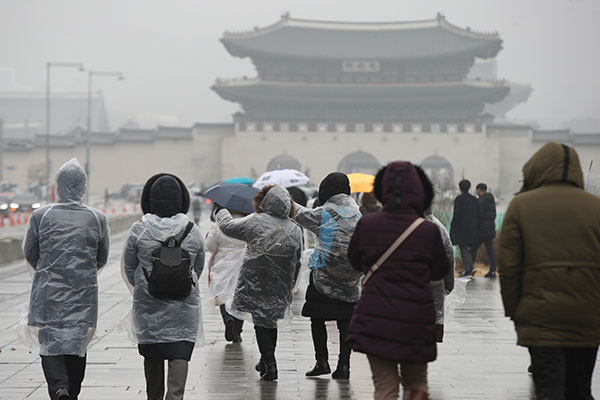 A cold snap advisory will take effect for Seoul Friday night as morning lows are forecast to drop around ten degrees Celsius Saturday compared to the previous day.

The Korea Meteorological Administration(KMA) said the advisory will be enforced starting at 9:00 p.m. Friday.

The advisory comes to effect when morning lows fall below minus 12 degrees for two consecutive days or when significant damage is expected from a sudden temperature drop.

While daytime highs climbed to around ten degrees in Seoul on Friday, up to five degrees higher than the annual average, a cold continental anticyclone is projected to blanket the country Friday night, causing the sudden temperature dip.

On Sunday, morning lows of minus ten degrees or lower are in the forecast for northern Gyeonggi Province and western parts of Gangwon Province. Temperatures will drop to minus five degrees or lower in the rest of the capital region.

Snow is also in the forecast starting Sunday afternoon for Seoul and the central regions.
Share
Print
List