Samsung Heir Sentenced to 2.5 Years in Prison for Bribery 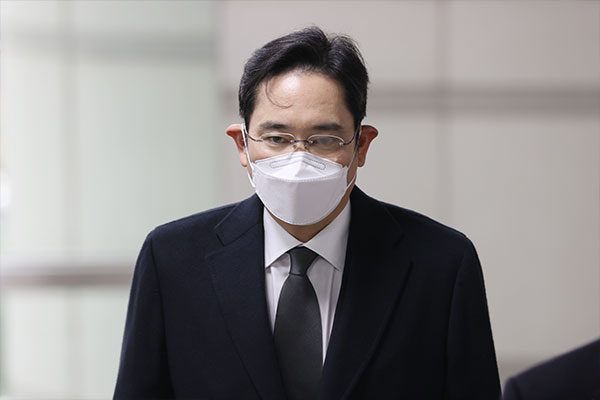 Samsung Electronics Vice Chairman Lee Jae-yong was sentenced to two and a half years in prison in a retrial of a bribery case involving jailed former President Park Geun-hye.

The Seoul High Court delivered the verdict on Monday. Lee, who has been standing trial without detention, was immediately arrested following the ruling. Prosecutors had initially demanded a nine-year prison term.

The court convicted the Samsung heir of giving more than eight-point-six billion won in bribes to the former president and her longtime friend Choi Soon-sil in return for favors, including help with the company's management succession.

The court also said the establishment of a committee at Samsung to monitor its compliance with laws and ethics was not effective enough to be considered a factor in the sentencing.

In 2017, Lee was sentenced to five years in prison on bribery charges but was freed the following year in an appeals court ruling.

In August 2019, however, the Supreme Court overturned the ruling and remanded the case to the appeals court for further proceedings, saying that the amount of money considered bribes should be more.
Share
Print
List