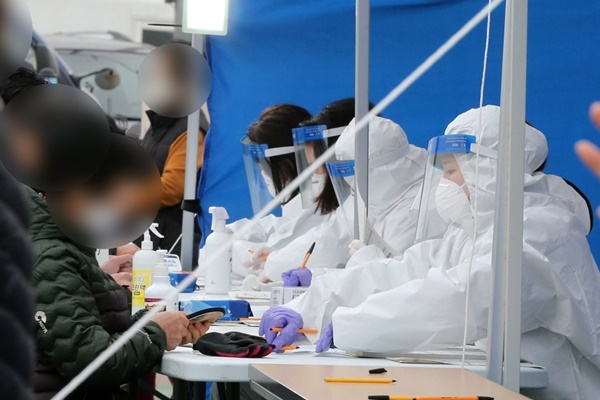 The Korea Disease Control and Prevention Agency(KDCA) said on Wednesday that 559 new cases were reported throughout the previous day to raise the country's accumulated caseload to 76-thousand-429.

The daily figure jumped by over 200 from the previous day to surpass 500 for the first time in ten days. The figure is feared to rise further as testing is under way at about 20 missionary schools and related facilities across the nation.

Of the new cases detected throughout Tuesday, 516 were local transmissions, while 43 were imported.

Other parts of the nation reported 242 cases, as Gwangju added 112 infections, including 109 cases from the TCS Ace International School in the city.

Seven more deaths have been reported, bringing the death toll to one-thousand-378. The fatality rate stands at one-point-eight percent.