Defense Minister: Military Gearing up for Joint Drill with US 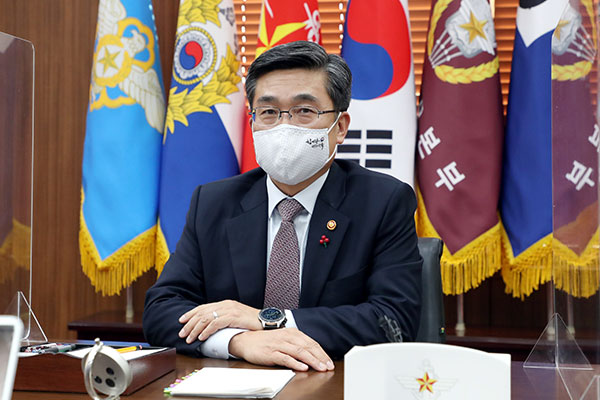 South Korean Defense Minister Suh Wook says the military is gearing up for a joint drill with the U.S. slated for early March while adding that the COVID-19 situation could become a variable.

In a press conference for the new year at the Defense Ministry on Thursday, Suh said the military is making preparations for the joint command post exercise which would be computer-simulated and of a defensive nature.

The defense chief added, however, that the pandemic situation could emerge as a variable, saying the military could opt to form dispersed cells or separate teams when operating the command post.

Due to the coronavirus, South Korea and the U.S. indefinitely postponed their annual springtime joint exercises scheduled for last March. The allies conducted summertime joint drills in August but only after sharply scaling down their forces.
Share
Print
List