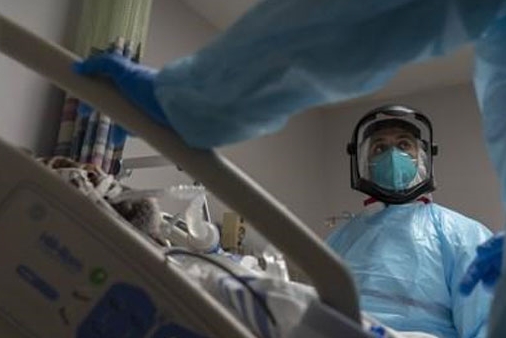 The U.S.' death toll from COVID-19 reportedly topped 500-thousand on Sunday amid a national vaccination campaign.

According to the NBC News tally, 500-thousand-eleven people had died as of Sunday afternoon. The number of confirmed cases came to around 28-point-two million.

Worldometer, a website that provides real-time statistics for the pandemic, reported that the U.S.' death toll came to more than 511-thousand as of Monday morning.

The death toll in the U.S. is the highest in the world, twice that of Brazil, which has reported the world's second-highest number of deaths at 246-thousand.
Share
Print
List