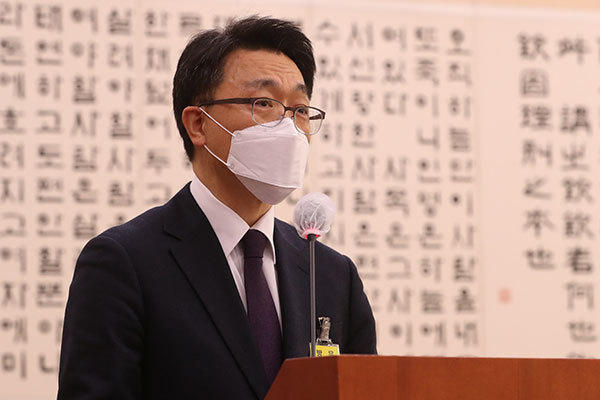 The head of the new Corruption Investigation Office for High-ranking Officials(CIO) says the agency is expected to review three to four cases a year.

Kim Jin-wook made the projection on Monday as he said the CIO would have to select which cases it could handle as it would take three to four months to complete a major case given the size of the agency.

Kim also said the agency would speed up the selection process for 23 people who will work as inaugural CIO prosecutors. He said the agency will announce which people made the first cut on Monday or Tuesday and conduct interviews next month.

On the Seoul Metropolitan Police Agency handling a complaint by a civic group accusing Kim of illegally securing profits through stock trading, the CIO chief said he came to learn of the case after reading the news and it would be inappropriate for him to comment on the matter.
Share
Print
List