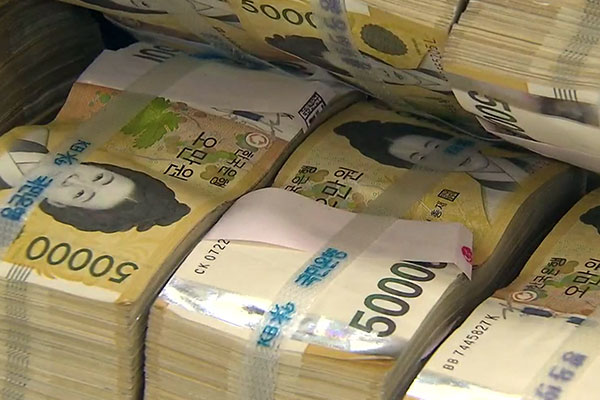 According to the latest data by the Bank of Korea(BOK) on Tuesday, household credit reached a record high of one-thousand-726-point-one trillion won as of the end of the fourth quarter.

The figure is the highest to be posted since the central bank began to compile related data in 2003. The BOK said the latest figure is considered to be a record since the amount of household credit prior to 2003 was far smaller.

In particular, the central bank cited that household loans owed to financial institutions surged roughly 45 trillion won in the fourth quarter alone, the sharpest growth to be posted since related statistics began to be gathered.

Household credit includes such loans and purchases on credit.

The bank said the record figure resulted because of individual investors using loans to make investments and panic home-buying, on top of the economic distress triggered by the COVID-19 pandemic.

The bank added that household credit saw growth of nearly 126 trillion won in 2020, which is the sharpest growth since 2016 when such credit climbed by some 139 trillion won.
Share
Print
List