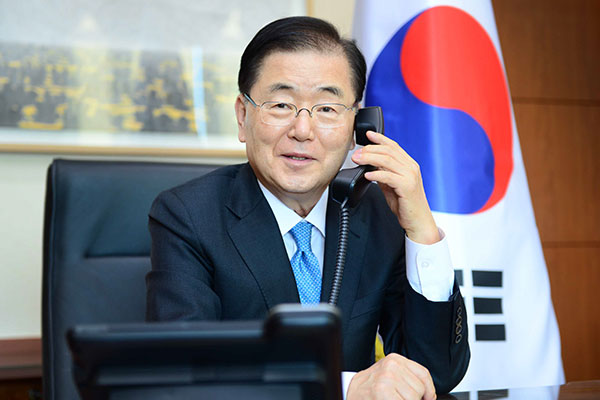 Seoul's Foreign Ministry said that the minister made the call during phone talks with his Iranian counterpart Mohammad Javad Zarif on Wednesday.

The ministry said the two sides exchanged opinions on ways to develop their relations during the 35-minute call.

As for Minister Zarif's request for an early resolution of the issue of Iranian funds held in South Korea, Minister Chung explained that the Seoul government is making its utmost and sincere efforts.

The SHTA seeks to ensure that Swiss-based exporters and trading companies in the food, pharmaceutical and medical sectors have a secure payment channel with a Swiss bank, through which payments for their exports to Iran are guaranteed.
Share
Print
List