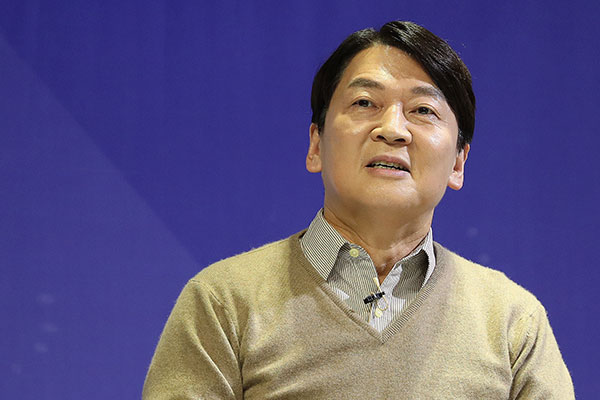 Ahn Cheol-soo, the head of the minor opposition People's Party, has been declared the winner in a third-party primary, ahead of April's Seoul mayoral by-election.

Ahn defeated former ruling Democratic Party(DP) lawmaker Keum Tae-sup on Monday in a race that was solely based on a public survey. Both camps confirmed the result, as they expressed hope the outcome would help establish a bridgehead for the opposition's ultimate victory.

On his social media account, Ahn praised Keum for having paved the way for an administrative change. Keum, on his account, thanked his supporters and expressed his support for Ahn as the victor by the end of the April 7 by-election.

Ahn, who has been calling for another primary against the main opposition People Power Party(PPP)'s candidate in order to field a single opposition candidate, said he will meet with the PPP candidate as soon as the party finalizes its candidacy.

The PPP is set to name its candidates for the mayoral races in Seoul and Busan on March 4.
Share
Print
List