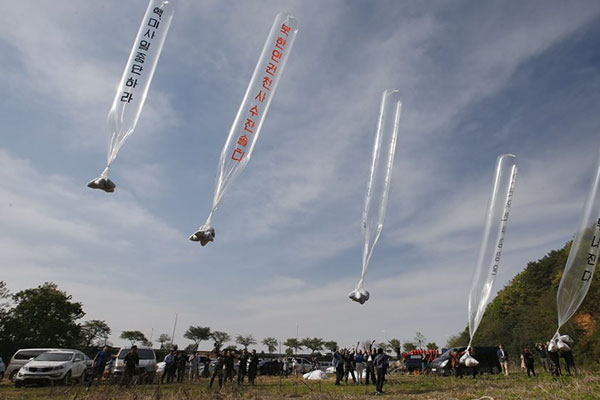 A bipartisan commission of the U.S. House of Representatives has expressed concerns over a South Korean law that bans sending anti-Pyongyang propaganda leaflets into North Korea, calling for revision.

Rep. James McGovern(D-MA), the co-chair of the Tom Lantos Human Rights Commission, said he hopes the South Korean National Assembly will amend the law, adding that's the advantage of living in a democracy.

Rep. Christopher Smith(R-NJ), another co-chair of the commission, said that he named the anti-leafleting law the "anti-Bible" and "anti-BTS" law as it blocks the flow of information on religion and South Korean pop culture like BTS into North Korea.

Regarding criticism that the hearing is an intervention into internal affairs of another country, Smith said that the U.S. and its Congress has an obligation to speak out when it comes to civil rights.

Rep. Young Kim(R-CA) also expressed concerns about the law in the hearing, saying that balloons flown into North Korea are the only source of information from the outside.
Share
Print
List