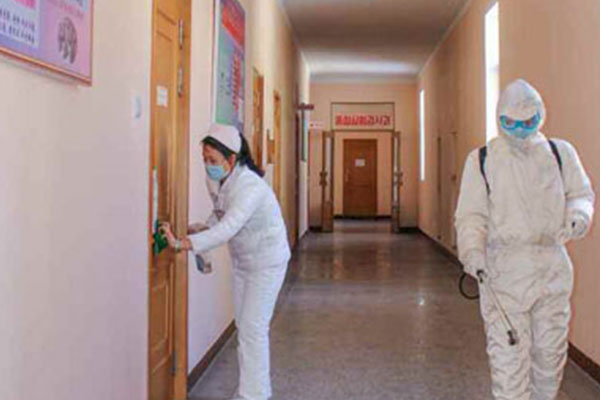 North Korea's official state newspaper on Tuesday urged people to brace themselves for a prolonged fight against the COVID-19 pandemic, claiming that vaccines are not a cure-all solution.

This comes amid the country's apparent failure to secure supplies of vaccines.

The Rodong Sinmun explained that the situation in many countries proves that vaccines are far from a panacea. It added that some that have been considered highly effective caused severe side effects, including death, prompting many countries to stop using the shots.

North Korea was initially expected to be supplied with around one-point-seven million doses of the AstraZeneca vaccine by May through the COVAX Facility program but that has been delayed.
Share
Print
List