Over 100 Flights Grounded in Jeju due to Strong Winds 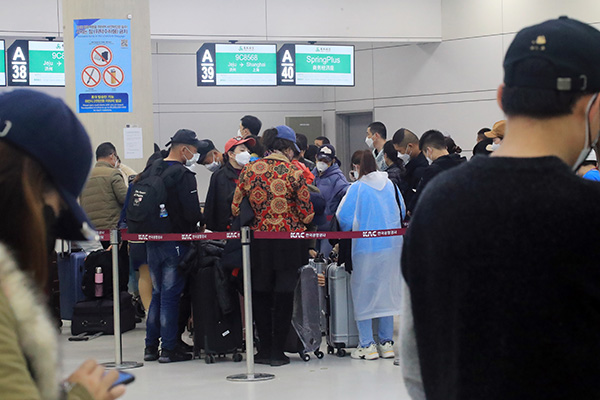 Over 100 flights were grounded in Jeju on Tuesday due to strong winds.

According to the Korea Airports Corporation, 120 flights were stranded and 20 others delayed due to wind shears and strong wind warnings issued for areas near the Jeju International Airport.

A total of 491 flights were scheduled to depart or land in the airport for the day.

The Korea Meteorological Administration(KMA) also issued a strong wind advisory on mainland Jeju and a high-sea alert in the waters around the provincial island.

With rain also soaking Jeju on Tuesday, the KMA expected 80 to 150 millimeters of rain for the mountainous sections in Jeju until early Wednesday morning with some areas expecting rainfall of more than 200 millimeters.
Share
Print
List