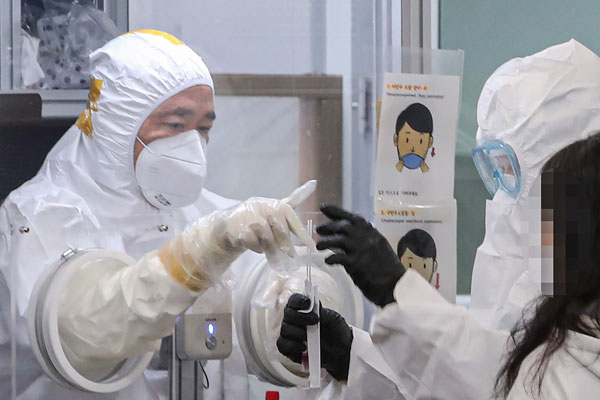 The average number of new COVID-19 cases per day in South Korea increased by more than ten percent last week from a week earlier, as the nation is set to introduce a new social distancing system with eased curbs.

According to the Central Disaster and Safety Countermeasure Headquarters on Sunday, the nation reported an average of 491-point-six new cases a day last week, up 47 or ten-point-six percent from a week earlier.

The average daily number of new infections among people aged over 60, however, decreased by ten to 67-point-one from a week earlier, thanks to the ongoing vaccination program.

Son Young-rae, a senior Health Ministry official, said on Sunday that the number of critically ill patients is decreasing amid the vaccination program, but the nation has not yet inoculated enough people to fully contain the virus.
Share
Print
List