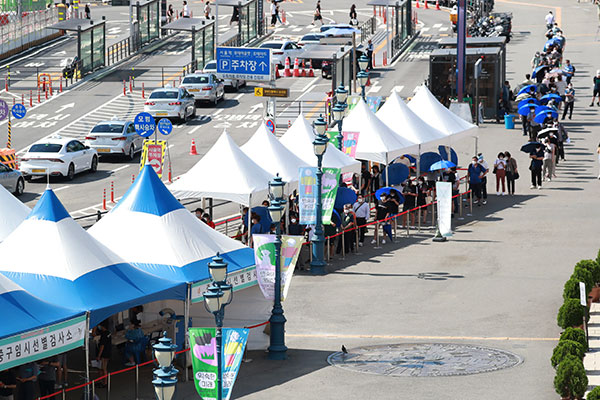 South Korea is expected to hit a new record high in daily COVID-19 cases for the second day in a row on Thursday.

According to quarantine authorities and regional governments on Wednesday, one-thousand-456 cases were confirmed as of 9 p.m.

It is 225 fewer than Tuesday’s tally at the same time. However, 270 cases linked to the outbreak among the 301 sailors in the anti-piracy Cheonghae Unit, who returned Tuesday, will be added to the latest figure.

The Korea Disease Control and Prevention Agency(KDCA) reported one-thousand-784 new COVID-19 cases on Wednesday, the highest since the nation reported its first confirmed case on January 20 of last year. It is likely to announce around one-thousand-800 or more cases on Thursday.

Given the unrelenting spike in cases, the government is expected to extend the current Level Four distancing in the capital region by several weeks when it is set to expire on Sunday. The Seoul metro area has registered a daily average of around one-thousand new cases for the past week.
Share
Print
List