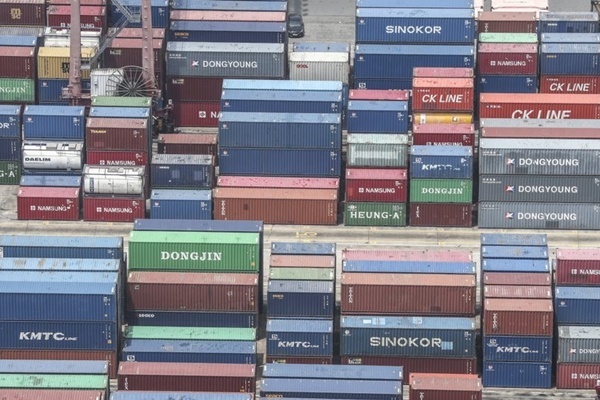 Export and import prices both rose last month amid a decline in the Korean currency's value against the U.S. dollar despite falling oil prices.

According to data from the Bank of Korea(BOK) on Tuesday, the country's import price index came to 120-point-79 in August, up point-six percent on-month.

The reading marked the fourth consecutive monthly gain and the largest since April 2014.

The export price index also rose one percent on-month in August, posting the ninth consecutive monthly rise. The reading marks the highest since August 2013. From a year earlier, the index jumped 18-point-six percent.

The rise is attributed to the rising prices of some raw materials and an increase in demand for metal and chemical products.
Share
Print
List