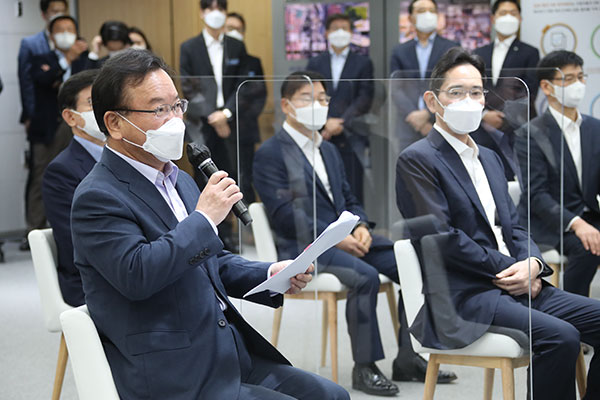 Samsung Group has forged a partnership with the government, pledging to create 30-thousand new jobs for young people over the next three years.

The announcement came at a partnership event on Tuesday with Samsung Group and the prime minister's office on a state-funded drive called "Youth Hope ON," which aims to provide employment opportunities and educational support for young adults.

It was the first public appearance by the group's de facto leader Lee Jae-yong since he was released from prison on parole last month.

Samsung pledged to double the quota at the Samsung Software Academy For Youth, which offers a free year-long training program for future software engineers aged 29 or under, from  an annual one-thousand to two-thousand.

It will also expand existing corporate social responsibility programs, such as C-Lab Outside and Smart Factory, and set up a project to support young people in rural areas.