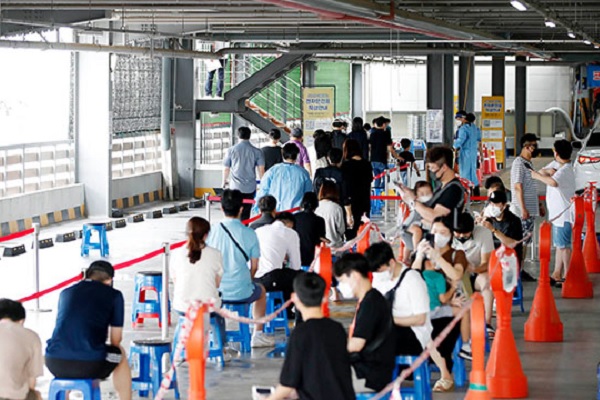 Daily COVID-19 cases surpassed two-thousand once again amid concerns over a further spike during the upcoming Chuseok holiday.

The Korea Disease Control and Prevention Agency(KDCA) reported on Friday that two-thousand-eight cases were confirmed throughout the previous day, bringing the country's total caseload to 281-thousand-938.

The daily tally rose by 65 from the previous day and exceeded two-thousand after falling below that mark for a day. Of the latest cases, one-thousand-973 were locally transmitted infections, while 35 were foreign imports.

By region, the Seoul metropolitan area reported one-thousand-532 domestic cases, accounting for 77-point-six percent. The tally remained over 15-hundred for the third day.