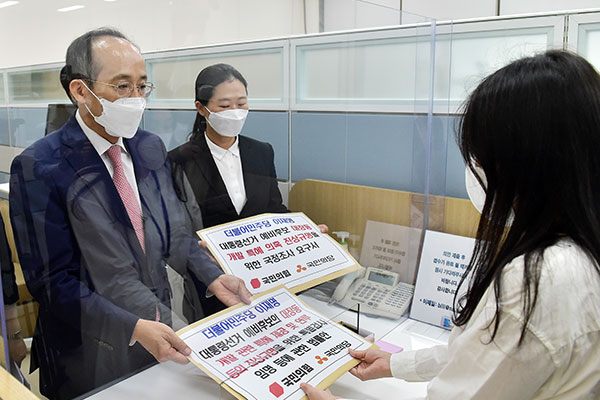 On Thursday, the main opposition People Power Party(PPP) and minor People's Party submitted a special prosecution bill to the National Assembly, motioned by all 107  combined representatives of the two parties. They also called for a parliamentary investigation.

The ruling party, meanwhile, said it is not considering responding to the opposition's calls, saying the prosecution has already launched an investigation and the allegations can also be addressed by parliamentary committees.

Lee's camp accused the opposition parties of a political offensive and threatened to seek exemplary damages for false reporting against local daily Chosun Ilbo, which first reported on these allegations.
Share
Print
List