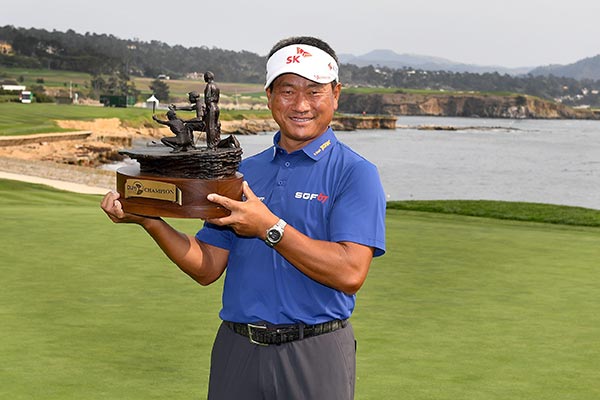 Choi shot four-under-68 with five birdies and one bogey in the final round of the PGA TOUR Champions PURE Insurance Championship held at Pebble Beach Golf Links in California on Sunday.

The veteran golfer finished at 13-under 203 to win the tournament, beating the runner-ups by two shots. He clinched 330-thousand U.S. dollars in prize money.

With the victory, Choi became the first South Korean to win on the PGA Tour Champions, a high-profile tournament for golfers over 50.
Share
Print
List