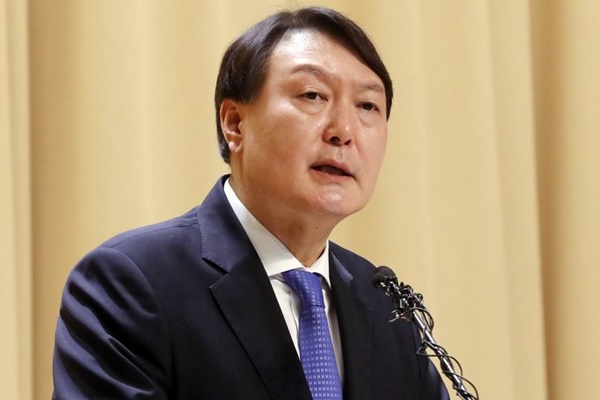 A Seoul court has rejected a request by former Prosecutor-General Yoon Seok-youl for the repeal of a disciplinary action that a Justice Ministry committee imposed on him late last year.

The Seoul Administrative Court issued the ruling on Thursday, some nine months after Yoon filed the suit asking the court to invalidate the disciplinary committee's two-month suspension against him.

The committee ordered that the chief prosecutor be suspended from his duties after recognizing four of six allegations of misconduct against Yoon. They included the illegal surveillance of judges presiding over cases involving ruling camp figures and intervening in the prosecution's probe into collusion involving his close aide.

The committee also accepted the ministry's allegations that the top prosecutor had failed to maintain his political neutrality.

Yoon said the court's decision was completely unexpected, adding that he’ll decide whether to appeal after reviewing the ruling.
Share
Print
List