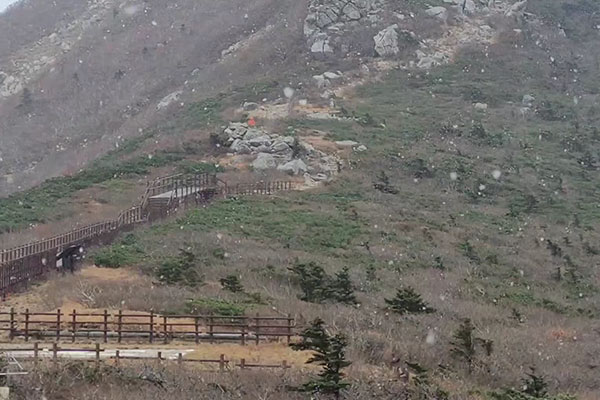 The first snow of the season fell on Seorak Mountain in Gangwon Province Tuesday morning.

The Seoraksan National Park said snow was observed near Jungcheong Shelter at some one-thousand-600 meters above sea level at around 10 a.m.

The temperature was slightly over zero degrees Celsius with a wind speed of zero-point-six meters per second.

The first snow on the mountain came 15 days earlier than last year but around the same time as 2019.