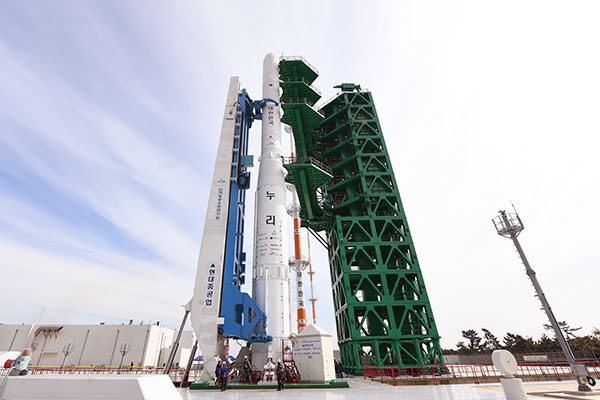 The launch of the Korean Satellite Launch Vehicle Two, or Nuri, is scheduled for 4 p.m. at the Naro Space Center in Goheung, 473 kilometers south of Seoul.

The actual time will be decided an hour and a half prior to the launch after surveying weather conditions on the ground, wind speed at an altitude of ten kilometers and the possibility of a clash with space objects.

Nuri is a three-stage rocket that will place a one-point-five ton dummy satellite into a low earth orbit of 600 to 800 kilometers.

It is expected to take 16 minutes and seven seconds from launch to enter into orbit.

If launched successfully, South Korea will become the world’s seventh country with independent capabilities to launch a satellite into orbit from its own soil.