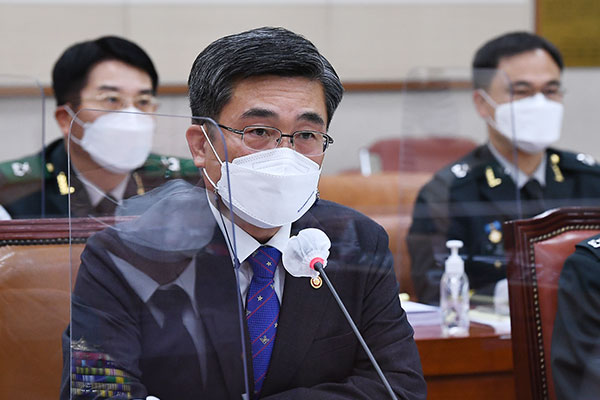 The defense ministry has vowed to boost missile defense capabilities and strengthen cooperation with the U.S. against North Korean missile threats.

In a report submitted for a parliamentary audit session Thursday, the ministry said it will establish an immediate response system by expanding missile detection and interception assets.

It added that the South Korean and U.S. intelligence agencies already have a system to share information in real-time. Additionally, the ministry will enhance tailored deterrence against North Korea through tabletop exercises with the U.S. designed for emergency responses.

Though North Korea has continued its missile development, the ministry said its latest submarine-launched ballistic missile(SLBM) is believed to still be in an early stage.