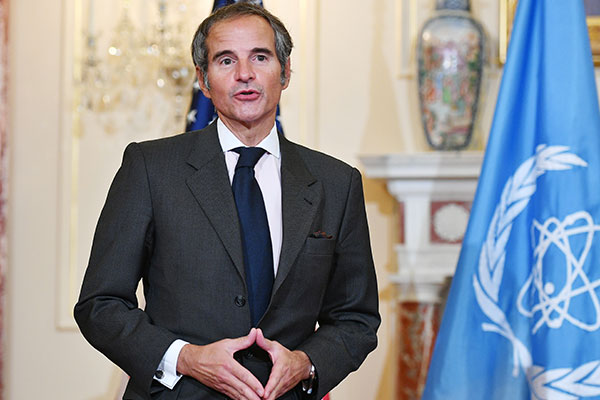 The chief of the International Atomic Energy Agency(IAEA) has assessed that North Korea's nuclear program has expanded over the years since IAEA inspectors were kicked out of the North in 2009.

IAEA Director-General Rafael Grossi presented the assessment on Thursday in a webinar hosted by the Stimpson Center, a nonprofit think tank in Washington.

Grossi said that compared with 2009, the North's nuclear program has "spawned in activity wise, geographically into the country."

He declined to comment when asked about the North's nuclear capacity and the possibility of nuclear facilities other than the Yongbyon complex.

He said that as an inspector, he doesn't like to speculate on nuclear capacities.

However, the IAEA chief said that the North's nuclear program is no longer "compound" and that's why it's worrisome.

Grossi stressed that the North could be working on every possible, imaginable area that they have at their disposal.
Share
Print
List