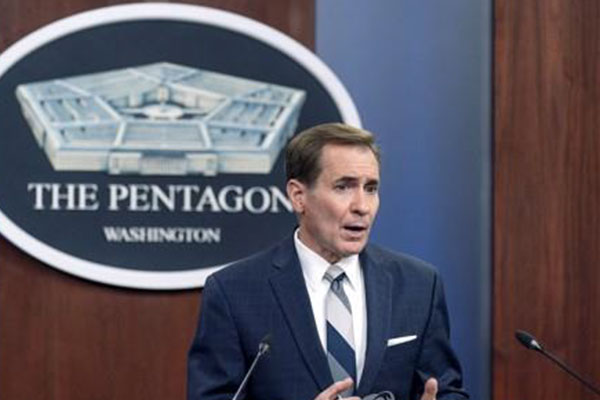 The U.S. Department of Defense has urged China to play a bigger role in helping achieve the denuclearization of the Korean Peninsula.

Pentagon spokesperson John Kirby said on Monday in a press briefing that the U.S. expresses deep regret over the recent missile launches by the North, when asked to comment on the matter.

Kirby then said that China has influence in Pyongyang and that influence could be important in helping achieve the denuclearization of the peninsula.

He added that the U.S. would like to see China be more cooperative and more helpful in the mutually shared interest of regional security.

The spokesperson continued that China can help by enforcing the sanctions that have been in place and by using its influence in Pyongyang to help the regime make the right decisions with respect to security on the peninsula.

He stressed that the U.S. wants to see security and stability on the peninsula and a big way to achieve that is the denuclearization of the North, which China can play a positive role in.
Share
Print
List