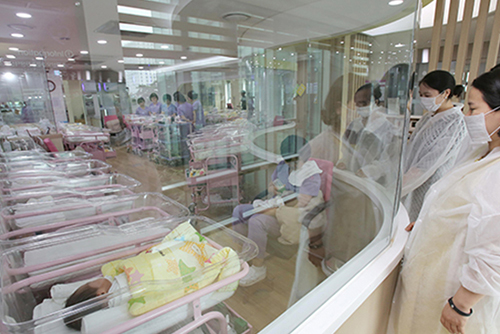 The government will drastically expand the amount of financial support for medical service fees related to pregnancy and birth starting from January.

From January 1, support for medical service fees related to pregnancy and birth will be marked up from 600-thousand won to one million won for mothers expecting one child.

Mothers expecting births of multiple babies, such as twins and triplets, will receive one-point-four million won from the current one million won. Pregnant women residing in areas with poor conditions for delivering a child will receive an additional 200-thousand won.

Support will be provided in the form of vouchers on credit cards or debit cards. The period for using these vouchers will be extended from one year to two years.
Share
Print
List