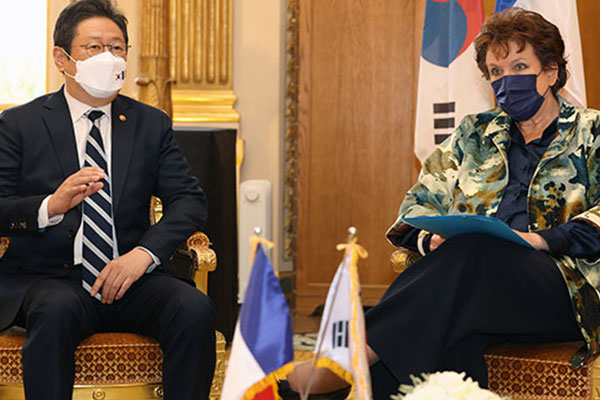 According to Culture Minister Hwang Hee, who visited Paris this week, he made the request while discussing the two sides' cultural cooperation on Monday.

While the French minister was concerned about the ancient book being seized while being lent to South Korea, Hwang said Seoul will guarantee that it does not happen.

Written by Ven. Baegun about the Zen teachings of great Buddhist priests, and printed at Cheongju's Heungdeok Temple during the Goryeo Kingdom in 1377, the book was included in the UNESCO Memory of the World Program in 2001.

It was allegedly acquired by Collin de Plancy, the first French minister to Korea, between the late 1880s to the early 1890s, and later obtained by French collector Henri Vever at a Paris auction in 1911.