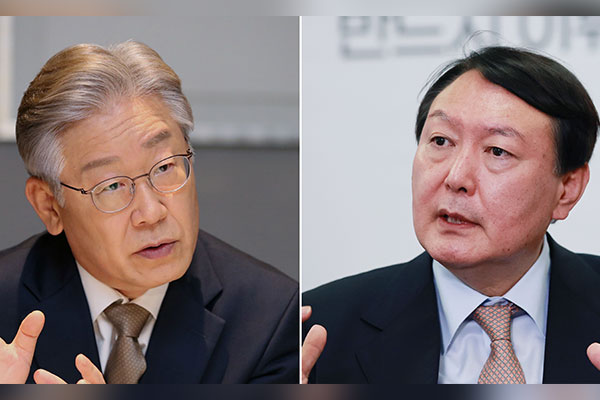 The gap between People Power Party(PPP) presidential candidate Yoon Seok-youl and ruling Democratic Party(DP) candidate Lee Jae-myung narrowed to one percentage point, which is within the margin of error.

In a poll conducted from Monday to Wednesday by Embrain Public, KSTAT Research, Korea Research and Hankook Research on roughly one-thousand adults, Yoon garnered 36 percent of support while Lee earned 35 percent in a hypothetical multi-candidate race.

Lee has closed in on Yoon since last week's poll, which showed a rating gap of seven percentage points between the two nominees.

The joint poll had a confidence level of 95 percent with a margin of error of plus or minus three-point-one percentage points. More details are posted on the National Election Survey Deliberation Commission website.
Share
Print
List