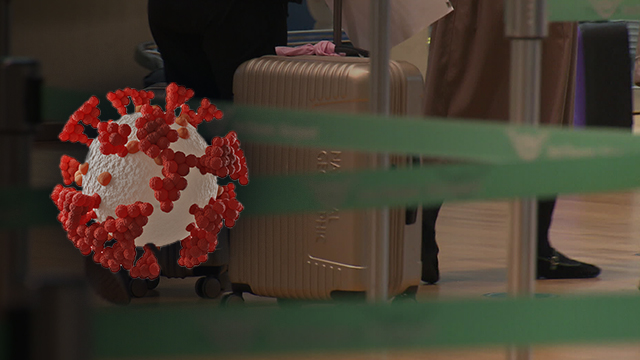 A Namibian diplomat confirmed to have contracted the omicron COVID-19 variant after returning from his or her home country to Japan had a layover at South Korea's Incheon International Airport.

According to Japanese media outlets on Wednesday, the diplomat boarded a flight in the Ethiopian capital city of Addis Ababa last Saturday, stopped off in Incheon the following day, before landing at Japan's Narita International Airport.

While details of the diplomat's movements in Incheon remains unclear, he or she is believed to have disembarked from the plane and stayed at an airport facility for some time.

An official from Japan's aviation industry was quoted as saying that passengers are usually required to get off the plane in Incheon and wait at a designated area for about an hour, before reboarding the same flight.

Kyodo News said about half of the 70 passengers who landed at Narita on the same plane had boarded for the first time in Incheon.

While health authorities in Japan have classified all 70 passengers as having had close contact with the diplomat and all have initially tested negative, one passenger reportedly showed symptoms.
Share
Print
List