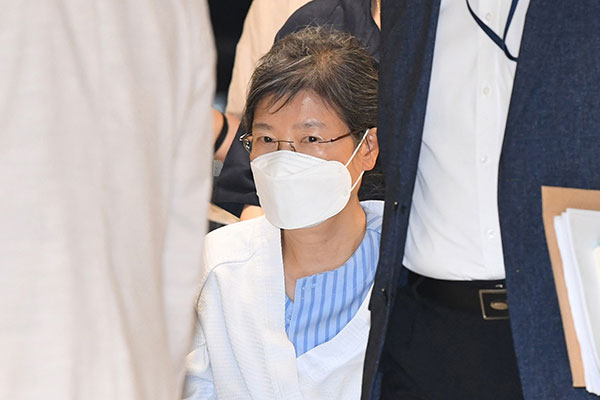 Former President Park Geun-hye was officially released from prison in the early hours of Friday after being behind bars for over four years.

An official from the Seoul Detention Center handed Park her release papers at a hospital in Seoul where she is currently receiving treatment at around 12 a.m. Friday, when her special presidential pardon went into effect.

Though free, Park will stay in the hospital through early February to continue receiving treatment. She was hospitalized on November 22 initially for a month-long treatment, but later was recommended by doctors to stay at least six weeks.

Park’s lawyer, Yoo Young-ha, said the former president has no plans to issue a message on her release.

Park was included on a list of three-thousand-94 recipients of special pardons, commutations and restoration of rights that the government announced last Friday ahead of the new year.

After being imprisoned on March 31, 2017, Park served four years and nine months of a combined 22-year prison term for abuse of power, bribery and embezzlement. She will not be accorded with privileges given to former presidents except for a security detail.
Share
Print
List