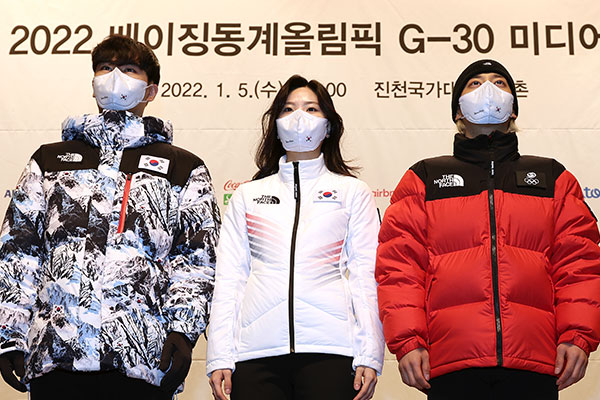 The national team pledged to put up a good fight at the upcoming Beijing Winter Olympics set to open in early February.

At a press conference on Wednesday, the Korean Sport and Olympic Committee said the national team hopes to win at least two gold medals in traditional strong events, such as short track speed skating, and rank 15th or higher overall.

Some five-thousand athletes from around 90 countries will compete for 109 gold medals in 15 disciplines at the Beijing Olympics, running from February 4 to 20.

Unlike the 2020 Tokyo Summer Games, which was held without spectators due to COVID-19, the upcoming Olympics will allow residents in mainland China to enter stadiums under quarantine regulations.
Share
Print
List