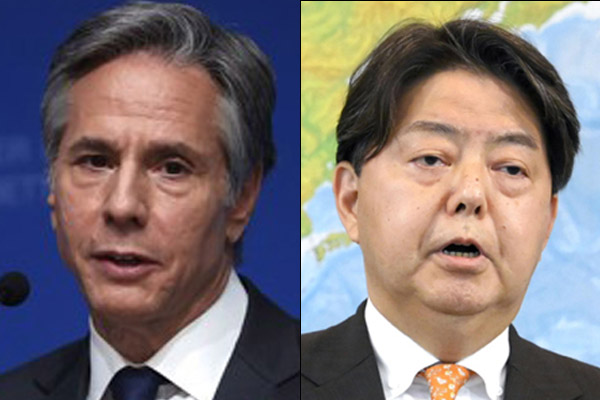 In a statement issued Wednesday, the State Department said Blinken disclosed the stance as he stressed that the U.S. commitment to the defense of Japan remains ironclad.

The statement also said that the two officials discussed cooperation to achieve complete denuclearization and lasting peace on the Korean Peninsula.

Blinken and Yoshimasa are likely to have assessed the North’s first armed provocation of the year and shared views on joint response measures.

Earlier in the day, a spokesperson of the U.S. State Department told Yonhap News that Washington condemns the North's ballistic missile launch but also reaffirmed that Washington remains committed to a diplomatic approach to Pyongyang.

According to the South Korean military, North Korea test-launched what appeared to be a ballistic missile toward the East Sea on Wednesday morning.
Share
Print
List