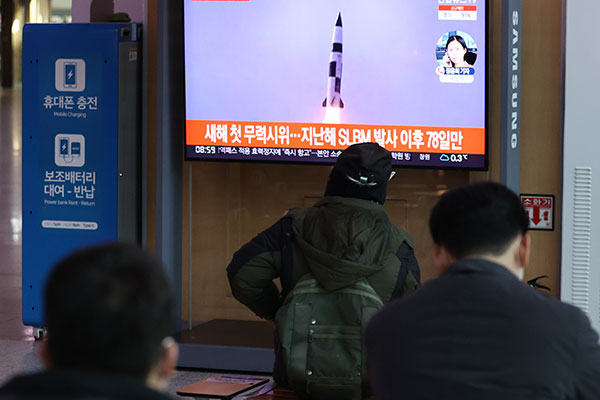 The Joint Chiefs of Staff(JCS) said North Korea fired an unidentified projectile toward the East Sea on Tuesday morning.

The JCS announced it in a text message to reporters at around 7:30 a.m. but details have yet to be disclosed.

The launch comes six days after the North test-fired a ballistic missile into the East Sea from the northern province of Jagang, claiming it was a hypersonic missile.

The military usually discloses missile launches to the media quickly when it detects a ballistic missile.
Share
Print
List