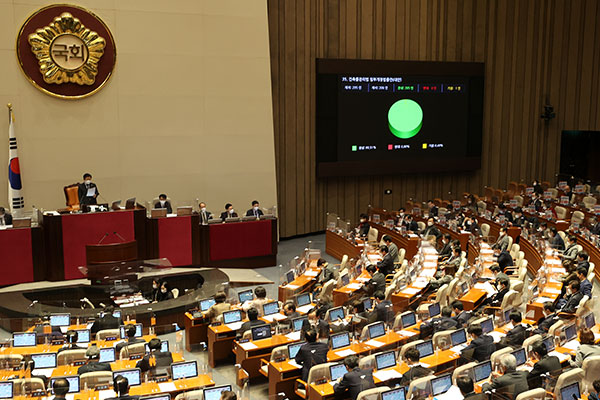 The National Assembly approved a related bill during a plenary session held on Tuesday aimed at lowering the age threshold for joining political parties from 18 to 16.

The legislation is a follow-up to a revision to the election law designed to allow those as young as 18 to be elected in parliamentary or regional elections. The revision passed the parliament on December 31.

Previously, only those aged 25 or older were eligible to run in the political races.

Even with the passage of the latest bill, however, those younger than 18 will still need to submit an approval letter from their legal guardians when applying for party membership.
Share
Print
List