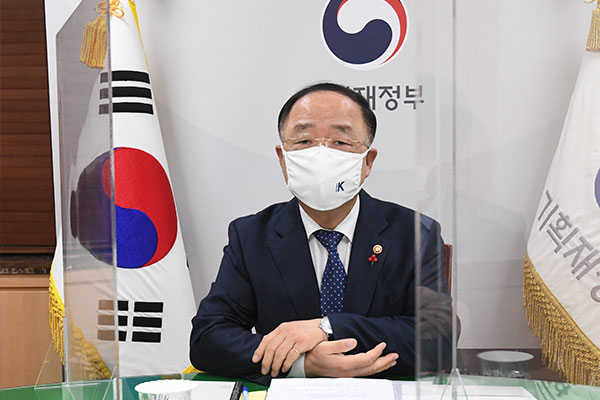 Finance Minister Hong Nam-ki said on Thursday that the government will spend six-point-three trillion won by 2024 to boost the domestic vaccine industry.

The minister made the remarks during a government meeting on innovation and growth of three key industries - system semiconductors, bio-health and future-generation vehicles.

Minister Hong said that the government will use the investment to nurture the industry of vaccines and related raw materials and parts so that it reaches the same level as the semiconductor industry.

He said that the government will commercialize the country's first COVID-19 vaccine in the first half of the year, and support the development of diverse treatments including antiviral pills.

In addition, the government plans to provide active support and tax benefits to foster the three key industries as well as the data, network and artificial intelligence sectors.
Share
Print
List