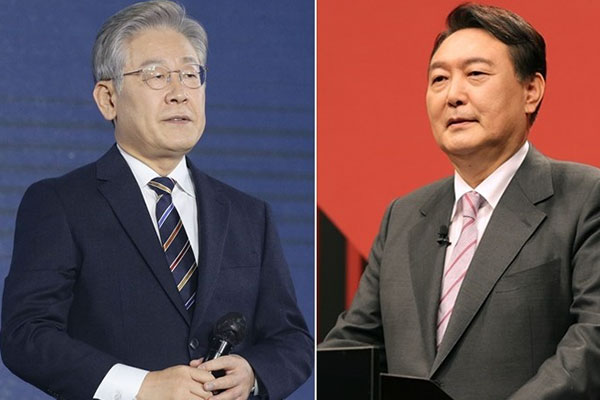 Presidential candidates of the ruling and main opposition parties have agreed to hold an one-on-one bilateral television debate before the Lunar New Year holiday later this month.

Representatives Park Ju-min of the ruling Democratic Party and Sung Il-jong of the main opposition People Power Party on Thursday announced the agreement following negotiations earlier in the day.

Under the agreement, major over-the-air TV networks will be involved in the debate covering a wide range of topics. The two sides also decided to continue talks on other matters regarding the session.

The debate will be separate from at least three television debate sessions stipulated by the National Election Commission to be held during the official campaign period, which is to begin on February 15.

Earlier, DP presidential candidate Lee Jae-myung and his PPP counterpart Yoon Suk Yeol had reached consensus on the need to face off against each other in more than three TV debates.
Share
Print
List