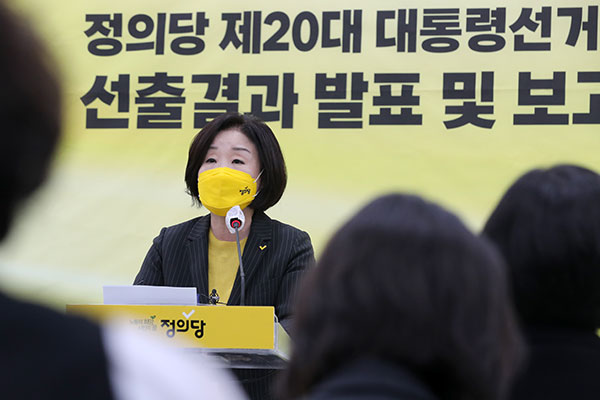 Minor opposition Justice Party chairman Yeo Yeong-gug said he believes the party's presidential contender Sim Sang-jung is not considering withdrawing her candidacy given that she refuses to give up her political calling.

Sim has been lying low after suspending her campaign this week amid low poll ratings.

Speaking to reporters Friday after meeting with Sim, the party leader said the candidate is thinking over her shortcomings before blaming others. He added that this period shouldn’t take too long, believing it won’t continue past this weekend.

Yeo said once her thoughts are organized, she will issue a statement to the public.

The Justice Party will convene an emergency meeting of its lawmakers and provincial party chapter representatives at 2 p.m. Saturday to reaffirm their commitment to the presidential election.
Share
Print
List