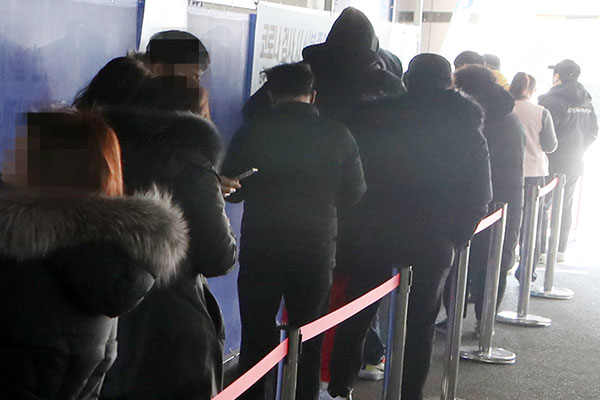 Daily new COVID-19 cases climbed back above four-thousand on Tuesday, with the number of cumulative cases surpassing 700-thousand.

The Korea Disease Control and Prevention Agency(KDCA) said on Tuesday that four-thousand-72 new cases were compiled throughout the previous day, raising the total caseload to 700-thousand-102.

It reached the milestone two years after the country reported its first confirmed case on January 20, 2020.

The daily figure rose by over 200 from a day prior and nearly one-thousand from a week ago amid the rapid spread of the omicron variant.

The number of critically ill patients, however, fell by 36 to 543, staying in the 500s for the second straight day.

As of 5 p.m. Monday, the ICU occupancy rate nationwide dropped by four-point-three percentage points to 28 percent, with the comparable figure for the capital region also falling to 28-point-seven percent.