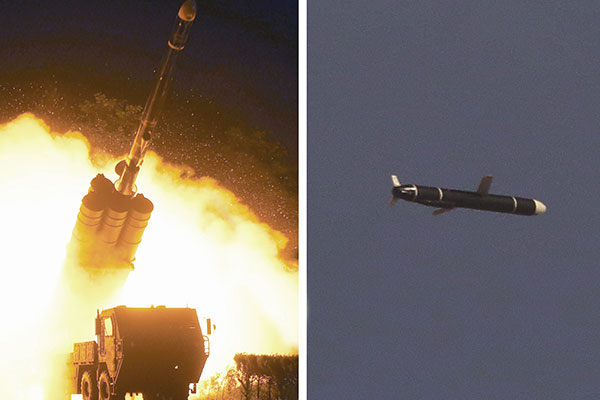 North Korea reportedly launched two unidentified projectiles into the East Sea Tuesday morning, in its fifth show of force for the year.

According to multiple military sources, the Joint Chiefs of Staff is currently carrying out further analysis of what are presumed to be cruise missiles.

North Korea previously carried out four missile tests this month, two of which it claimed to be hypersonic missiles while the others were for ballistic missiles. This has triggered fresh U.S. sanctions.

Unlike ballistic missiles, cruise missile tests do not violate UN Security Council resolutions, and the military does not make an immediate announcement when a launch is detected.
Share
Print
List