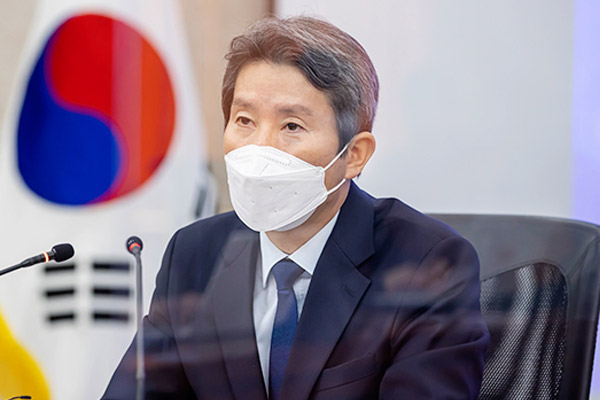 Unification Minister Lee In-young said Tuesday that now is the time for North Korea to come back to dialogue and cooperation, and not choose missiles.

He made the remark in a video message to the 2022 Korean Peninsula Peace Forum held at Kangwon National University.

Lee said if tensions further rise, the situation on the peninsula could become more unstable and enter into a long-term cycle of conflict and confrontation. He urged North Korea to choose a "cycle of peace."

Lee said the first half of this year is a crucial time for Korean peace, considering factors such as the presidential election, U.S. midterm elections and the intensifying U.S.-China rivalry.

The minister also underlined the need for a declaration to formally end the Korean War, saying it is a starting point to putting aside hostility and beginning dialogue, which can also spur stalled nuclear negotiations.

He also hoped for inter-Korean cooperation to begin in mutually beneficial areas such as public health, climate and disasters.
Share
Print
List