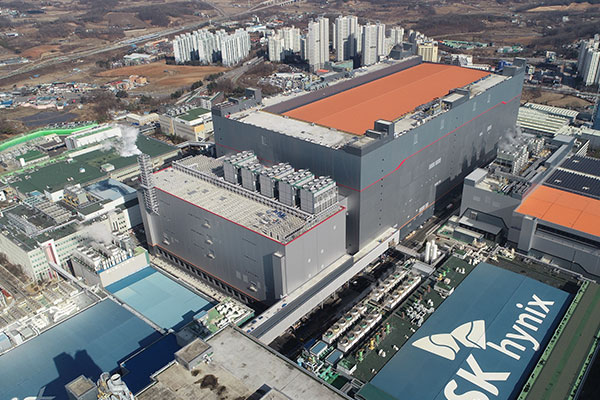 SK hynix saw its sales top 40 trillion won last year thanks to a boom in the semiconductor market, recording its best ever performance since its foundation in 1983.

According to the memory chipmaker on Friday, its sales last year amounted to 42-point-998 trillion won, or up nearly 35 percent from 2020.

The figure is higher than the 40-point-445 trillion won the world's second largest NAND memory chip maker reaped in sales in 2018, amid a so-called semiconductor “super cycle,” which is when demand for memory chips is high.

The company’s latest feat apparently resulted from a surge in demand for memory chips amid the prolonged COVID-19 pandemic.
Share
Print
List