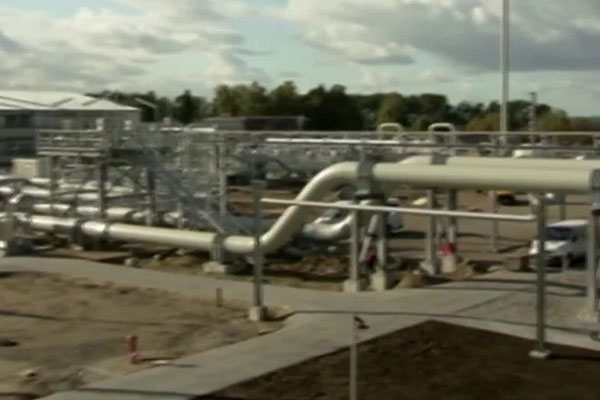 An official said on Sunday that the Seoul government is seriously thinking about providing support for a possible energy crisis in Europe.

A foreign ministry official said on Sunday that the government is seriously mulling providing the support for Europe should the region face difficulties in natural gas supplies due to the Ukraine crisis.

The official, however, stressed that the government hopes the Ukraine situation will no longer worsen and be resolved through diplomacy and dialogue.

The remarks came amid fears that natural gas supplies in Europe will be disrupted by tensions surrounding a possible Russian invasion of Ukraine. Europe depends on Russia for about one third of its natural gas requirements.

The United States recently asked its Asian allies such as South Korea and Japan to divert their liquefied natural gas imports to Europe, but the Seoul government, in conveying its position, said that it would be difficult to meet the request.
Share
Print
List